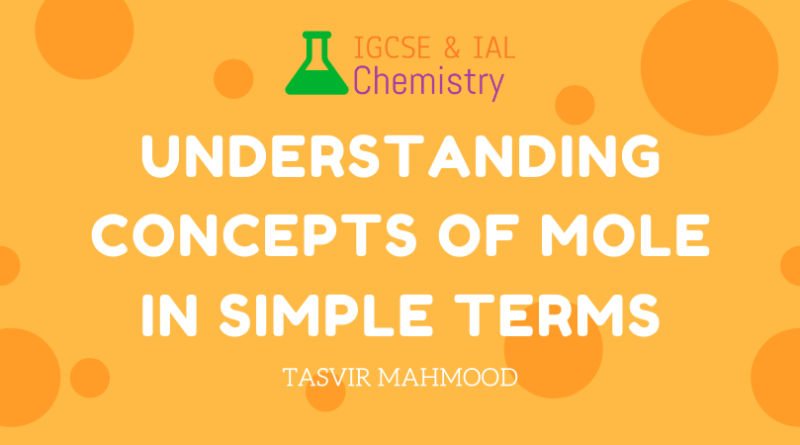 The concept of mole is a very important part of chemistry. Mole makes calculations in chemistry so much easier! But the different concepts of mole are even more important when you move on from IGCSE chemistry to IAL Chemistry. Unlike IGCSE chemistry the mole is not confined to only a chapter. In IAL chemistry you will need to use the concepts of mole in almost ALL of the chapters to calculate different things such as concentration, mass of product produced, volume of gas produced, in enthalpy changes and so much more!

Even though it is extremely important to understand the mole and have a crystal clear understanding about it, most of the text books does very little to simplify things to the students. All they give are generic definitions, formulas, terms etc. which confuses the students even more. No real life examples with which students can relate to and understand.

Even when I as a student had a really tough time understanding mole, my teacher only provided me with printed notes to memorize. It is only when I started to teach chemistry I dissected the different concepts of moles and had a crystal clear understanding.

In this blog post my main goal would be to present to you the different concepts/basics of mole in simple words. We are going to start right from scratch. We are going to understand what each definition mean, what does Avagadro’s number mean, why we use mole in chemistry, different examples of how mole is used, math and so much more!

What does "Mole" mean in Chemistry

When you hear the word “Mole” you might think about a small hairy animal or just a big dark spot on your body. But in chemistry the mole is a completely different thing. The biggest mistakes text books do is trying to explain moles using definitions. Most students hardly understand definitions, they memorize them and the different formulas which follows. Let me explain you mole the simplest way possible! So here we go! The mole is nothing but a huge number and that huge number is 6.02 x 1023, this huge number is also called Avagadro’s number! 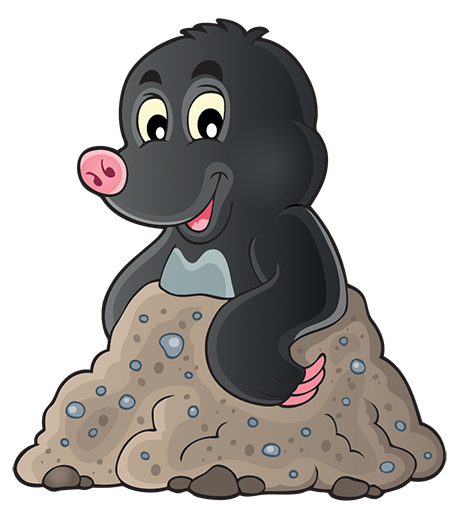 In chemistry, "mole" doesn't refer to a hairy animal which lives underground. 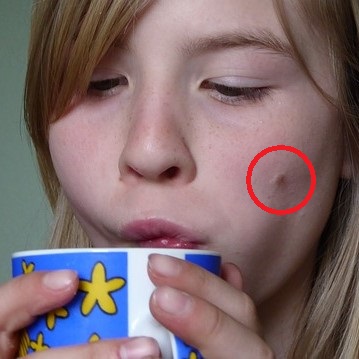 In chemistry, "mole" doesn't refer to a dark pigmentation or growth on your face.

This huge number is also called Avagadro's number or Avagadro's Constant. That's it!

Why use mole in Chemistry?

But if we normally try to keep track of the particles it becomes quite difficult. Let me give you a simple example, for example there are 30 students in a class in school, we can easily represent 150 by just saying students from 5 classes will come to the party. The concept of mole also acts an intermediate volume, mass, no. of particles etc. But don’t worry we will have a look at those things later on this blog post. In the meantime, lets have a look how more makes things easier.

You can already see from the simple examples above that how using mole makes things so much shorter and easy to understand. Of course I will also show you step by step of how you can find out the number of moles and get the number of particles from mole in this blog, so please do not worry!

Calculating Number of moles from number of particles

Mole connects mass, volume of gas and number of particles

Mole plays a vital role in linking the mass of a substance, volume of gas and the number of particles present. There are a certain pieces or sets of rules which easily lets us to find out the mass of a certain volume of gas, or to find out the number of particles in a certain mass of substance. All thanks to the concepts of moles. You are going to have a look at it step by step of how it is done.

Here is the definition of mole:

“ A mole of any substance is defined as the amount of substance that contains as many particles (atoms, ions or molecules as there are atoms in exactly 12 g of carbon-12”

Breakdown of the definition of mole:

Molar mass also have a symbol so we can write is quickly, it is M .

Now let’s move on to Molar Mass of compounds.

The Molar Mass of compounds is their relative formula mass/relative molecular mass ( sum of all the relative atomic masses in the compound)
For Example: the formula of sodium chloride is NaCl, sodium has a Relative Atomic Mass of 23 and Chlorine has a relative atomic mass of 35.5.

The molar mass of Sodium Chloride is 58.5g

The concept of mole makes it extremely easy for us to calculate the number of particles present in a given mass of substance. This concept will be absolutely cleared up once you have a look at the following example below.

Example: Find the number of particles in 3g of calcium

Upto now, now we know how to find the mass of one mole of a substance. We can easily find out the number of particles in 3g of calcium without using any type of formula, just simple concepts.

The Relative Atomic Mass of Calcium is 40, hence the molar mass of calcium is 40g, we can directly write 1 mole of calcium as 40g

Now let’s have a look at another example, it is opposite of the previous one. In this example it is required to find out the mass of a certain number of particles. This concept will be cleared up once you have a look at the simple example below.

Avagadro must have been a very cool person, he has a big number and a law named after him! But even though the name of the law may sound fancy and difficult to understand but the concept is really easy. This law will help you to find out the number of moles of a certain volume of gas, also their mass! But of course there are certain assumptions which you will have to keep in mind. So let’s have a look at the bookish version of the definition of “Avagadro’s Law” and then my interpretation.

Here is the bookish version of Avagadro’s Law:

“ Equal volumes of all gases contain equal numbers of molecules, provided that they are at the same temperature and pressure”

What is "Molar Volume"?

Example: Finding volume of gas from a given mass

Thank you for reading this blog post. In this blog post we have covered all the basic concepts of mole from scratch. I hope you have got a lot of value out of this. The mole is a very important topic in IAL Chemistry so I will definitely write more blog posts on it. Until then study smart and not hard! 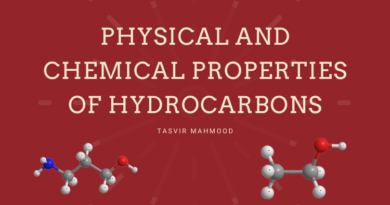 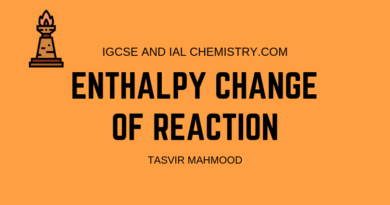 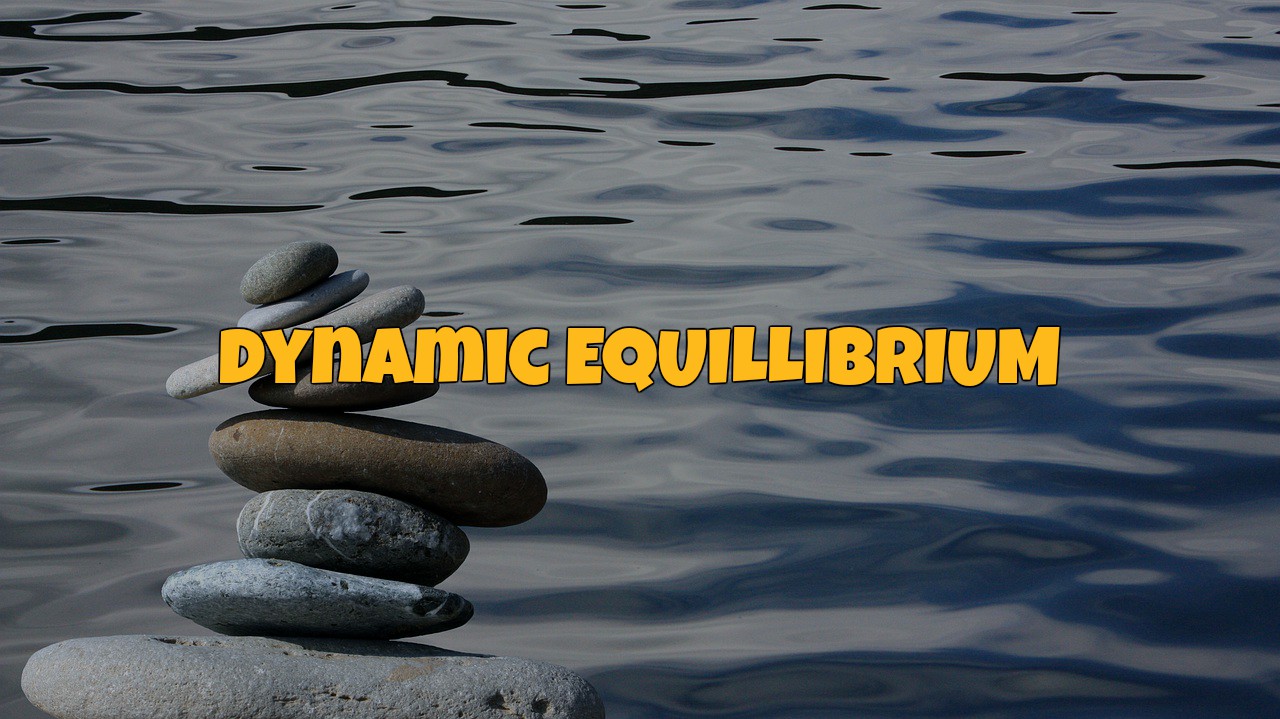